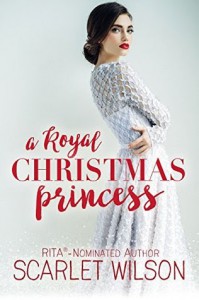 I really didn’t want to leave a bad review because I’m pretty sure if this was a movie it would be one I quite enjoyed. However, it wasn’t and that meant descriptions that sounded like a Hallmark Christmas movie but were annoying and lots of things that made little sense.

Maybe it was the mood I was in but I kept writing snarky comments on the kindle every few sentences and that means I was really annoyed since I don’t ever comment or underline anything because I just want to keep reading.

There wasn’t enough build up of the world and at the same time it was too much so it needed or more depth or none at all, the midterm doesn’t work very well.

Also, we keep being told the main character is very good and always gets to know all the people including the staff at the palace but we never see that at all and when they help her in the end it doesn’t make sense. We have heard their names before once, when we were told how international they were and how Holly enjoyed talking to them about politics in the kitchen after hours.

One more thing, what kind of religion was theirs. Because if we go by place it would be Catholic (but Catholics don’t have carol services and don’t celebrate Christmas before the 25th as it would still be Advent). It’s just confusing for no reason.

I could go on and on but I think this is enough. I wasn’t expecting this to be May favourite book of the year but this was a complete disappointment.

I just went ahead and made some of my kindle comments available. If someone was wondering what they were...